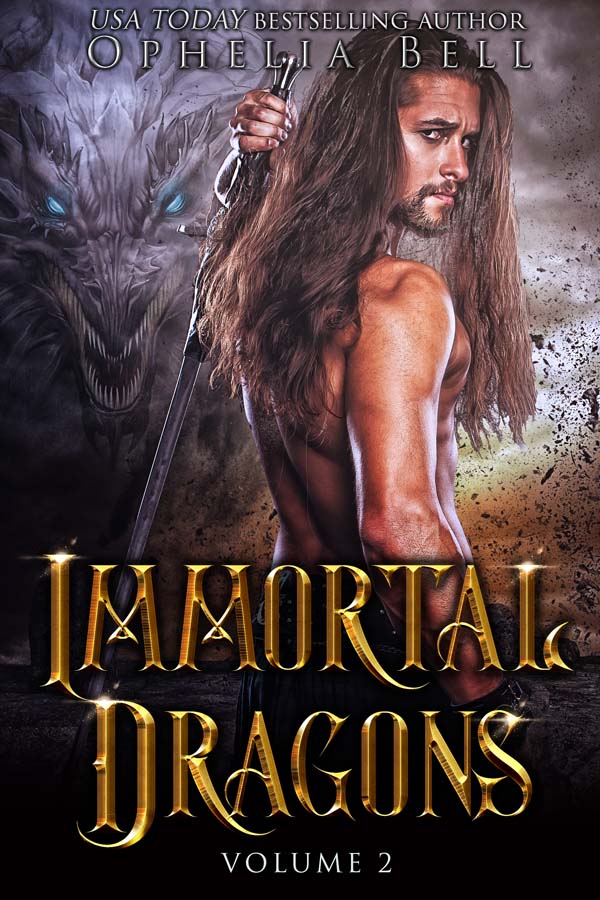 Continue the saga of the six immortal dragon siblings as they search out their true loves and hunt for ways to vanquish their enemy once and for all.

This collection begins where “Dragon Splendor” left off, with the Red dragon Gavra held captive by his ursa allies. Both Silas and Assana stand within reach just beyond the bounds of his prison yet he can’t get to them. Assana’s nymphaea madness encroaches, and she needs both her mates to keep it at bay, but can’t let her insane mother catch on that one of them is the brother of the hated dragon that triggered their downfall. Their journey into the nymphaea Haven sends them even closer to the origins of their ancient conflict, and to a soul-deep connection that will make them stronger than ever.

Each Immortal Dragon sibling has his or her own path to travel, but their ancient enemy is on the warpath and won’t stop until she’s destroyed them and claimed their immortality as her own. They must traverse the world and all the higher realms to beat her. From insane nymphs to ancient satyrs, from fertility-focused bear shifters to Dionysus himself, the dragons know they can’t succeed without finding the mates Fate intended. And when they do, their enemy won’t know what hit her.