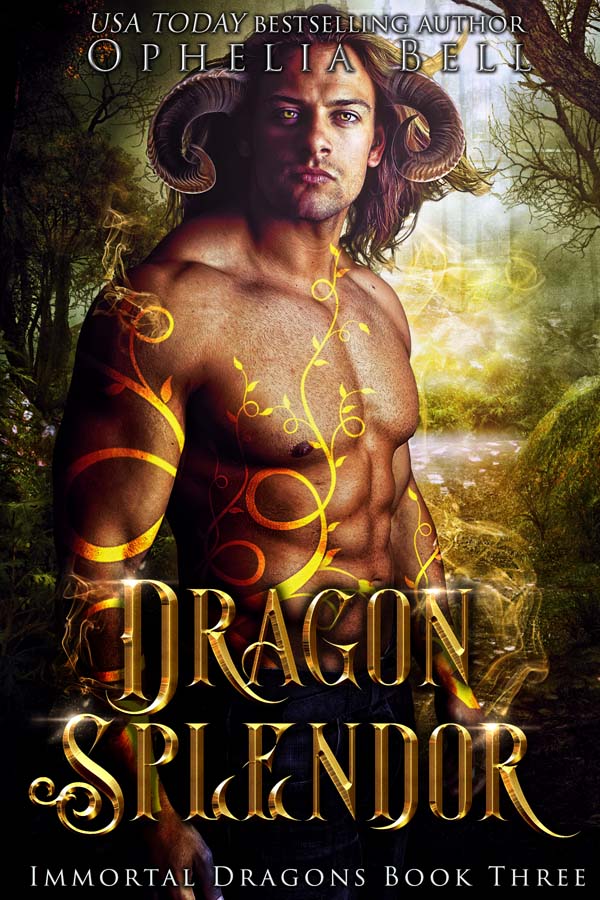 Nobody said finding your fated mates meant an instant happily ever after. But for Aurum, an immortal gold dragon gifted with the power of psychic empathy, love has never been simple.

Night after night, she has endured prophetic dreams about her pair of lovers, but finding them brings her no respite—the beautiful satyr, Calder, rejects her upon their first meeting, forsaking love for revenge, while royal ursa Nicholas…

Well, he looks nothing like the dark-haired man Fate promised her. So why does she find him so irresistible?

As war between ancient allies darkens the horizon, Aurum realizes the long-lost ursa prince may hold the key to solving both her and Calder’s problems, bringing together the fated mates for good—as long as he doesn’t get them all killed first.

Their Fated connection doesn’t make things easy. But for Aurum, Calder, and Nicholas, victory might just go hand in hand with surrender where matters of the heart are concerned.