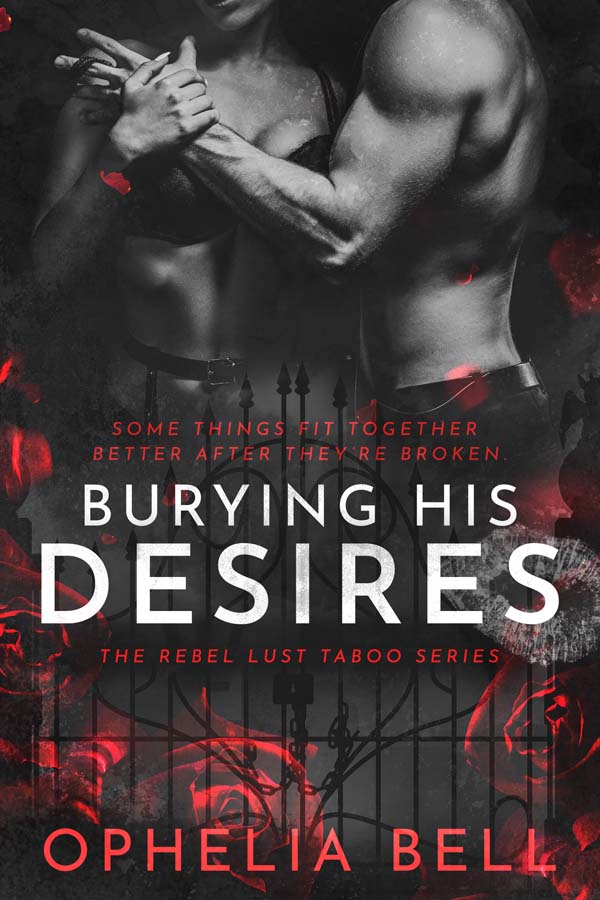 Some things fit together better after they’re broken.

A 3AM call is never good news, and for college student Britannia Vale, it’s the worst. Michael, the man who helped raise her, is on the other end, relaying a tragedy that will tear her entire world apart.

In the midst of grief, Britannia and Michael struggle to pick up the pieces, but the old pieces don’t quite fit together the way they used to. She’s no longer the little girl Michael helped her mother raise. Michael is still her hero, but looks at her in a way that incites overwhelming desires for the only man who can keep her whole in the aftermath of her mother’s death. What’s worse is that she might be the only person who can keep him whole, too.

But her mother had secrets that Britannia is barely prepared to unearth, and when she does she discovers a second man who is just as broken by the loss. This secret lover knew a darker side of Brit’s mother, and was left in the cold after her death. Britannia and Michael might be the only ones who can make him whole again.

How far will the trio go to put the pieces back together?