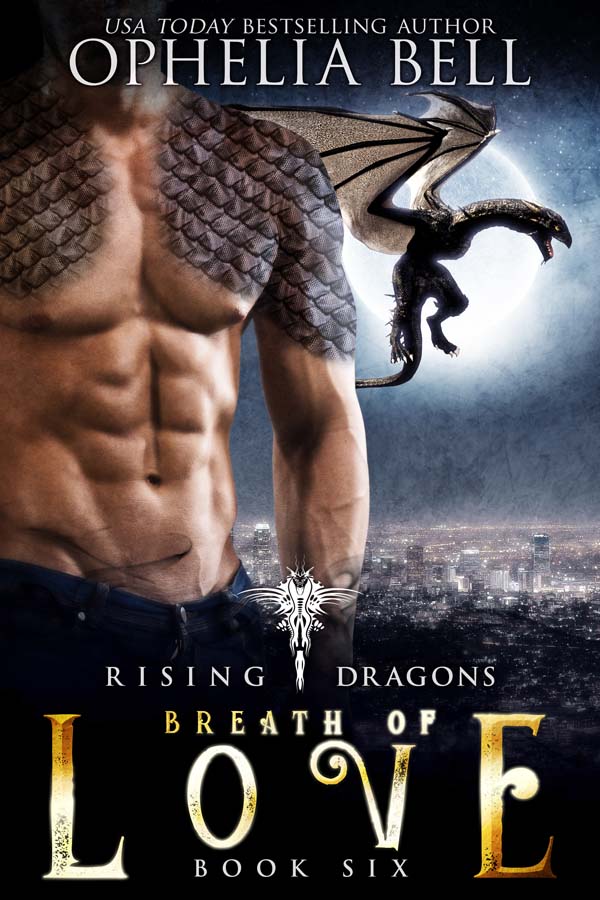 Hallie ran from her old life into the jungle and the arms of a dragon shifter named Kol. In the span of an evening spent fulfilling the ancient dragon ritual, she fell for the huge black dragon, his race’s First Shadow and largest dragon of his generation.

Mated to the highest ranking dragon after the Queen has been both a challenge and the happiest time of her life, but what Hallie wants more than anything is to be able to conceive her lover’s child. She and Kol are so close to their hearts’ desire, they can both taste it, but when her ex-lover tracks her down and threatens to disrupt her happy life, Hallie fears she’ll lose everything.

Breath of Love is the fifth episode in a series of novellas that include menage, voyeurism, and all kinds of other fun kinks involving shapeshifting mythical beasts who breathe magic smoke and have very long, prehensile tongues. It is intended for adult audiences.