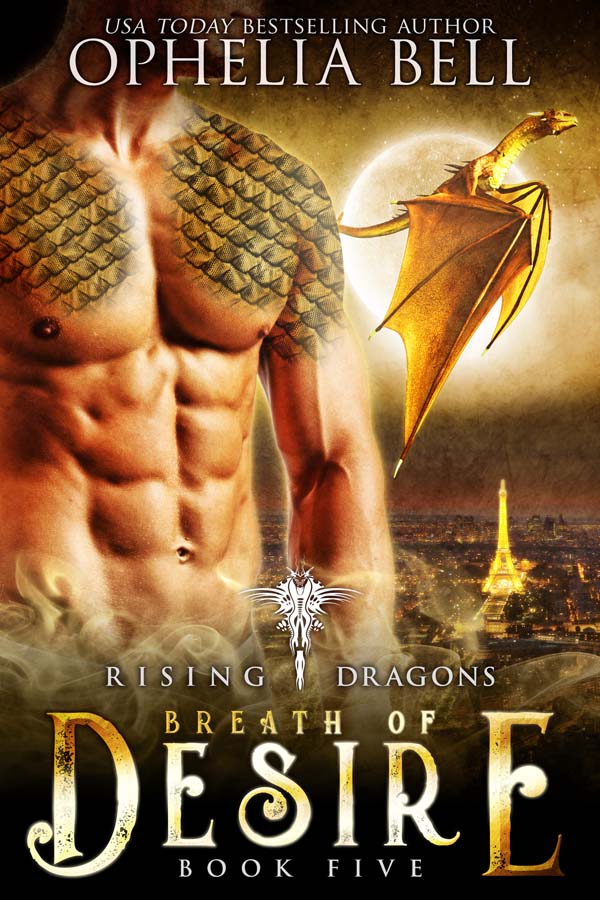 Golden dragon, Aurik, wants the man he loves to find happiness, even if he can’t be with him when he finds it. He and his twin sister made a pact to share the human, Dimitri’s affection. But the enigmatic Dragon Council isn’t quite so content with the trio’s situation.

When Aurik receives a decree that he find a female human mate or be treated like an Unbound and forced into servitude, he despairs of ever holding on to true happiness. He doesn’t want a human woman. He wants Dimitri, but Court dragons like Aurik are expected to procreate or lose their rank and forfeit whatever riches they own.

Thea is still healing from the tragic loss of her lover, Alex, and the alienation of his twin brother Dimitri, who she also shared an intimate connection with. Finally close to rebuilding her life, her plans are thrown into chaos yet again when she receives an unexpected call from Dimitri. But he’s not calling to reconcile. He’s requesting her help with a mysterious research project he refuses to discuss except in person and promising that she will be well compensated. Resolving not to let their past ghosts interfere with the project, she agrees. She is unprepared when she meets Dimitri’s new lovers, a pair of twins whose beauty dazzles her, and whose allure entices her into a new and amazing world beyond her imagining.

Except one of them seems oddly distant and unreceptive to her interest. The shadow of Alex’s death begins to fade as Thea learns to find happiness and pleasure again, but the one person she wishes she could find a deeper connection with retreats further with each passing day. Can she get through to Aurik before he resigns himself to exile?