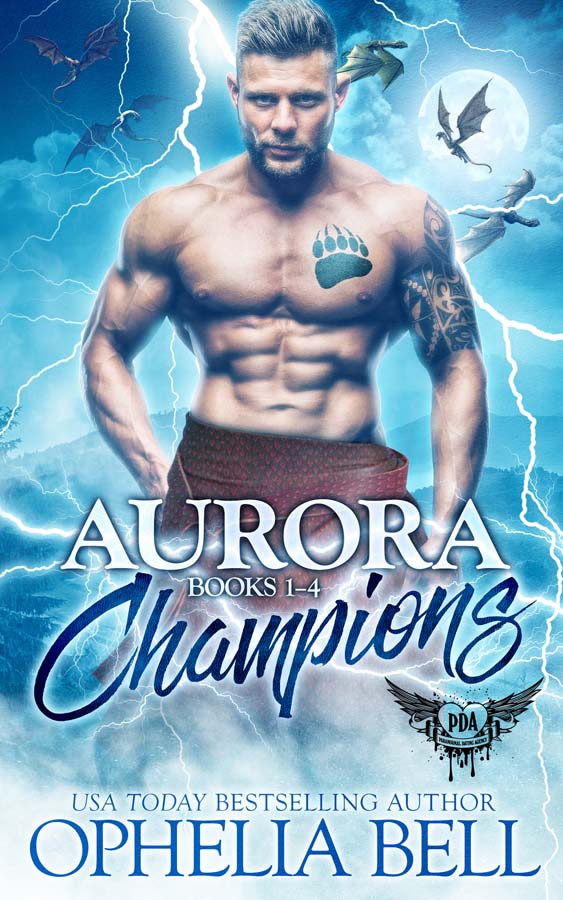 The Way to a Bear’s Heart

The last thing retired arena champion Gaius Osborn wants is a bossy spitfire of a chef to tell him how to do his job, but Nessa Baxter’s getting under his skin, and her talents in the kitchen are working their way straight to his heart.

After Pomona lands a job as a personal chef to a pair of dragon shifters, she learns they’re two of the most famous celebrity athletes on the shifter home world. Once they set eyes on Pomona, both men crave only one thing. Will they be able to convince her that they want to share more than just her cooking?

After losing her mate a year ago, Simina’s only wish is to fulfill his deathbed promise: have the baby they always wanted. If anyone can help her find the right match, the Paranormal Dating Agency can. Simina has only one rule for the matchmaker: no League champions. But what if not just one, but three League champions capture her heart?

Astra Garrick is the Nova Aurora Arena League’s reigning solo champion. When she falls victim to the same toxin that killed her famous brother, she is forced to seek out the source of the drug or never fight again. Her quest puts her on a collision course with three male shifters who will stop at nothing to prove their love, but will she be willing to compromise her career to keep them all?