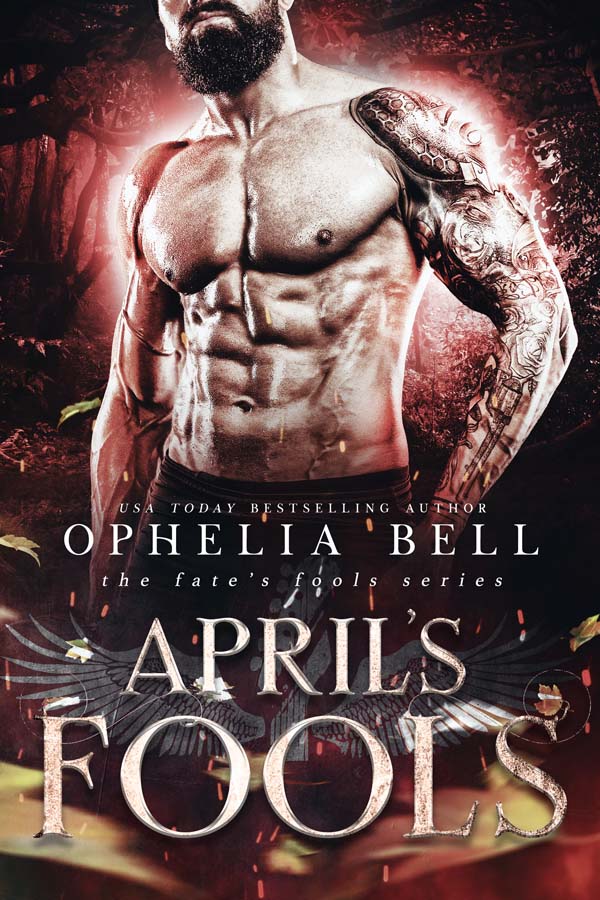 When Chaos reigns, April Fool’s is no joke.

April Vincent knows she’s Bloodline, but has yet to learn what it means. All she knows is her glassblowing skills are more on point than they’ve ever been. It’s as if the fire itself obeys her every whim.

But on April 1st, the universe turns her world upside-down. First, her gambling-addicted father shows up out of the blue, on the run from an angry casino owner. Then all her new projects begin to systematically break before completion.

When sexy dragon shifter Gray Verro wanders into April’s gallery, his presence is the first taste of calm she’s had in days.

For Gray, the beautiful artist embodies everything he desires in a mate, but despite being a former bodyguard, Gray is barely enough to protect her from the otherworldly thugs hunting her. Hell, he may not be enough for her, period.

Forced into hiding with Chaos at their heels, April’s dragon guardian has no choice but to call in his five closest friends and fellow bodyguards for help. The six are tasked with protecting her against an enemy they all know well enough to fear, but for April, the presence of six enticing shifters begins to awaken dormant powers, and along with them desires far too powerful to deny.